From Vignettes of the Way I Remember

Despite our best
efforts, we arrive
intact- flung
from the moon
a configuration
foretold by forgotten constellations.

ii.
They will tell tales
of us while building
utopia out of landfills­—
broken pottery,
baby teeth,
nails—


They’ll tell their children:
Once upon a time
humans kissed on the mouths.

iii.
With articulated
traffic & kissing
moths, I remember
your palms;
they resemble birds

I thought you were
Orpheus, but I am
you are
the songs.

To My Friend on Your 76th Birthday

Winter now is settling its bleary bones, now
time to come out and see the moon
again,
yell poems at the ducks,
count the crows,


and discard flowers into the river with great intention.

before exists, before an afterthought, before

before births or birds. Before blue.

drugs, desperation exists, Over & over

with nobody home but the dog, who exists

but she isn’t sure if you do any more.

Easter eggs exist, and everything else, essentially.

between you can get there from here and forever,

which I’m not quite sure exists, but the thought of forever exists

Ghosts exists, gas lights and gaslighting exists (no it doesn’t),

Grownups exist, and giraffes and grinning.

Grinning is gorgeous and exists sometimes on grown-up faces,

which is a gift, these days. These days exists endlessly,

but the light is growing, and we are giving in or giving up.

Hope and help exist. Sometimes just hanging in there

in, hold up, hold over, prepositions exist, helpfully.

Heavenly Hash is my favorite ice cream, and I can

only find it sometimes, so that makes it holy.

I hear hygee exists without an exact definition, so it exists

best of all- wholesome, for what it’s worth

so does jealousy, jail, and jerks.

But mostly, jelly roles grandma would bring over on Sundays

but find comfort in its existence- your mother

first used it in a story to describe a man who reminded her of a rabbit.

Jazzercise exists. Thank god for Jazzercise.  Where would the world be without Jazzercise?


Poems to read at my funeral, and also at every birthday,  part. 1
(after Ross Gay's Catalog of Unabashed Gratitude)


I’d like to thank the dirt, at least- mainly because I don’t want to forget it and it’s easily overlooked.
Speaking of forgetting; thank you forget-me-nots – how you cover
every yard and every patch of grass near the forest.
Especially thank you for that time you became a bed
beneath an ersatz moon and I came so loud the neighbors
slammed their window closed;
thank you windows, for being openable
so that I can hear the rain
and smell the morning.
And to mornings: my gratitude for being before busy
when I remember to wake up to you-
and if I sleep in, thank you for watching over me.
Thank you, Stephen- even though I mostly hate you-
for reading to me to me every night that time 20 years ago
during the period when I was afraid to close my eyes- Thanks
for reading aloud and then to yourself to stay awake so I could sleep.

I’d like to acknowledge the breeze on the 3rd floor of this building just now-
I wasn’t hot, but still- you make me feel more alive.
Thank you to the guy driving by with his music turned up.
Thank you to the steeple for directions home.

Dear Dad, thank you for loving me even though the list of even though is the same length
of the number of sins you think I am committing just by being here now.
Thank you Now for being here even when I am not.

Dear Every Where I’ve Never Been, please accept my gratitude for the day-dreams
and for being on maps.
Thank you maps for being neat
even though you mean colonized, most likely.

Thank you to the people who came before,
some call you ghosts,
some call you ancestors,
I call you home
and offer you all the blue in the sky as my appreciation
and all the dirt in the earth for thanks,
by which I mean:
It’s already yours.
It’s made of you.
You are made of it
it is made of you. And so on.
I can’t give you anything greater-
so humbly, my thanks which is pebbles,
but also, a shooting star.

Also, quick, before I forget- thank you new babies for having magic breath,
and subways for having so much depth,
and life and all its death.

And death- for never forgetting a single one of us. 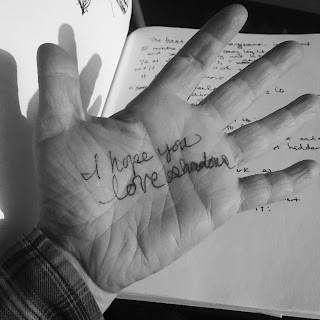 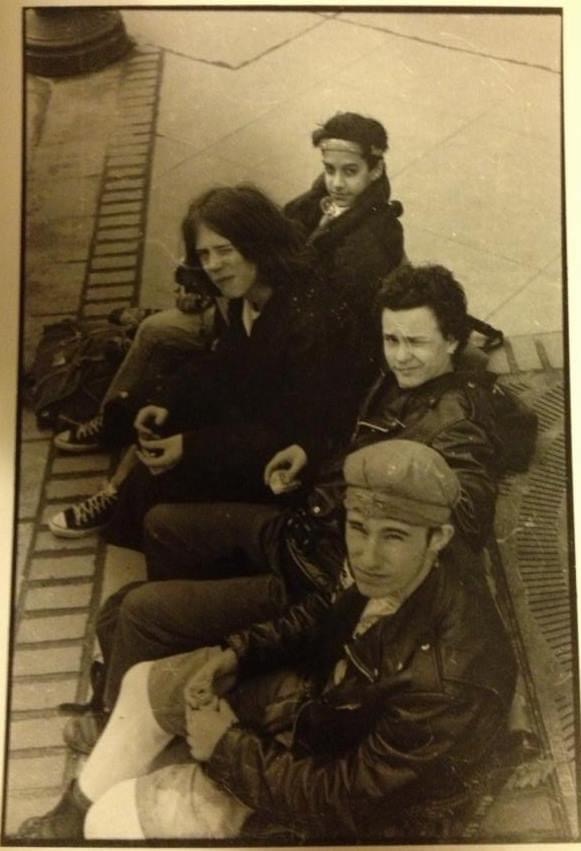